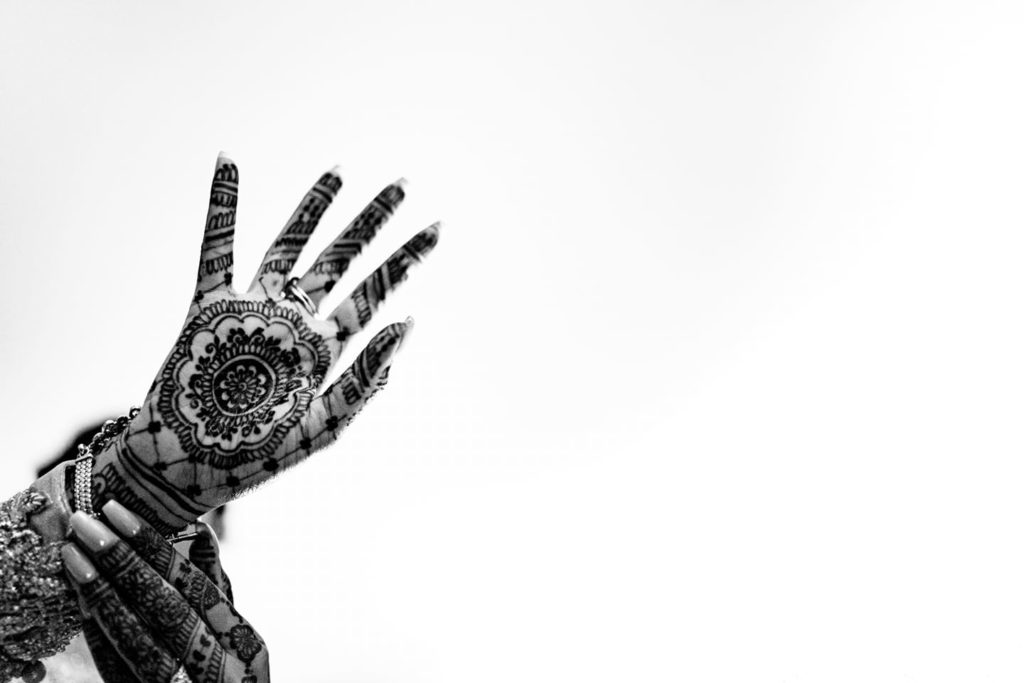 Mehndi, or henna, is one of the most beautiful traditions of an Indian wedding. Above all, applying henna to the brides' hands and feet is an age-old tradition that dates back thousands of years. In this article, we are going to discuss what henna is made of, why it became a bridal tradition for Desi brides, and share some of our favorite photos of bridal mehndi designs.

Mehndi, otherwise known as henna, is a paste/dye made from Lawsonia inermis, the henna plant. It's associated with positive spirits and good luck. According to Indian tradition, mehndi is meant to be applied before the wedding as a way of wishing the bride good health and prosperity as she makes her journey on to marriage. Additionally, the application of mehndi take places at Hindu, Muslim, and Punjabi weddings.

The Mehndi Ceremony is organized by the Bride’s family bringing together the female components of each side. The core significance of applying Mehndi is to utilize its natural medicinal herbal remedies, cooling the body and relieving the Bride of any stress before her big day.

The Tradition of Bridal Mehndi Designs

The Bride’s family either calls a Mehndi/Henna Artist to come to their home or a family relative to create designs for the Bride and her guests. While traditionally Indian Vedic mehndi designs were applied to the Bride, nowadays Brides call inspiration from Indo-Arabic and Arabic and even modern art and references. Moreover, certain artists include animals, nature elements, Hindu Gods, or even the Bride and Groom represented with names or figures. It takes a total of 2-6 hours depending on how intricate the design is!

Meanwhile, guests take their turns getting mehndi applied to their hands and enjoying the start of the wedding festivities. Furthermore, it's commonly believed among Indian tradition that the darker the color of the Bride’s Mehndi, the more her husband will love her. Check out some of our favorite bridal mehndi designs photographed throughout Indian weddings.

In addition to finding your favorite mehndi ideas on Instagram, Pinterest is a great place to find the perfect design to fit your personality. Check out this Pinterest board to see more images of bridal mehndi and designs! In conclusion, make your mehndi your own and incorporate aspects of your relationship or interests to make it unique.