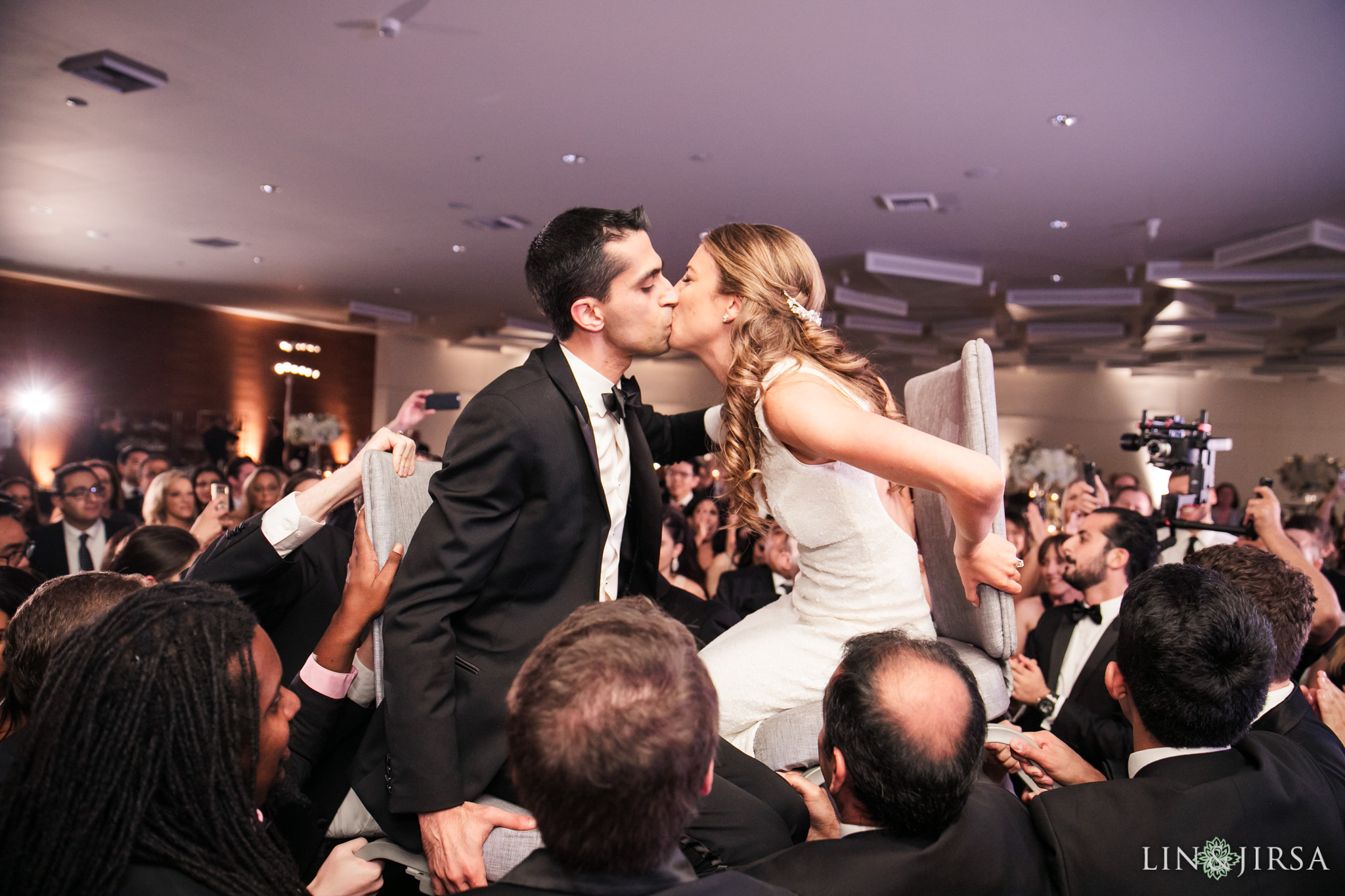 For those who’ve had the good fortune to participate in a Jewish or Jew-ish wedding ceremony, their fondest memory is probably of the hora.

The hora—otherwise known as the horah or Jewish or Israeli dancing—is an exuberant circle dance that’s a centerpiece of Jewish bar-mitzvahs and weddings. Originally a slow dance often practiced in Romania, it’s morphed into a collective, joyous circle dance set to lively klezmer music.

Wedding guests begin the hora by dancing circles around the newlyweds. Eventually a sheet or two chairs are brought out. Guests hoist up the bride and groom on separate chairs or toss them, one at a time, on a sheet. Meanwhile, the guests continue to celebrate the married couple and dance around them.

At least, that’s the contemporary version of the hora. The traditional dance doesn’t involve lifting the newlyweds—guests just stomp and jump around in a circle.

Within the Jewish faith, differences in ideology also influence how the hora is performed. For example, Orthodox Jews, perform the hora with the bride and groom separated by a partition called a mechitza. Reform and Liberal Jewish ceremonies, as well as those that are Jewish- inspired, often simply have the bride and groom lifted together as guests circle the pair. Once lifted up on their chairs, the bride and groom are sometimes given a handkerchief to physically and symbolically connect the two.

No matter what particular form the hora takes, the dance is a time for guests to celebrate the marriage of the happy couple and show them how happy they are for them. It’s like a gift to the bride and groom in that guests are supposed to dance the hora with the same passion and joy they’d express at their own wedding.

The Jewish faith has many wedding traditions from the Talmudic code, including an obligation of guests to entertain the bride and groom. Often the code is translated to dancing before the newlyweds. However, since there’s some dispute as to the exact nature of how the bride and groom should be entertained, contemporary guests have looked inside and outside the Talmud for inspiration.

One story in the Talmud is about a rabbi who sought to entertain several brides by carrying them on his shoulders as their guests danced around them. To avoid objectifying and making a spectacle of the bride—and probably to make it easier on the rabbi—the two chairs were introduced. That way, it was a celebration of marriage as well as an expression of joy for those getting married.

Although the chairs—or, for the adventurous, the sheet—are part of Jewish wedding customs, the hora is the dance itself. And to whip up the crowd and amp up the energy, there’s an official or unofficial hora dance leader. If the happy couple’s budget includes a live klezmer band, the band often designates a hora leader to get into the fray and show everyone what to do. For those who have to make do with a playlist, a volunteer can be designated ahead of time.

The volunteer hora dance leader—or a committee composed of experienced friends and family who work well together—should know the steps and be able to enthusiastically teach it to guests. The bride and groom should know the steps, too. Since the hora is such a fun, memorable part of Jewish weddings, it’s worth investing some time in practicing and preparing the playlist.

Dancing the hora is all about the married couple and making their wedding day as special as it can be. It’s an experience that will long be savored by the wedding guests and the wedded couple.

A high-energy, cheerful, and colorful tradition that continues to be a part of Jewish weddings is the Hora dance. It is otherwise known as the chair dance. This tradition is performed during wedding receptions and can last for hours! If you are invited to a Jewish wedding and would like to understand the significance of this wedding highlight, this article will help you learn more.

What is the Hora Dance? 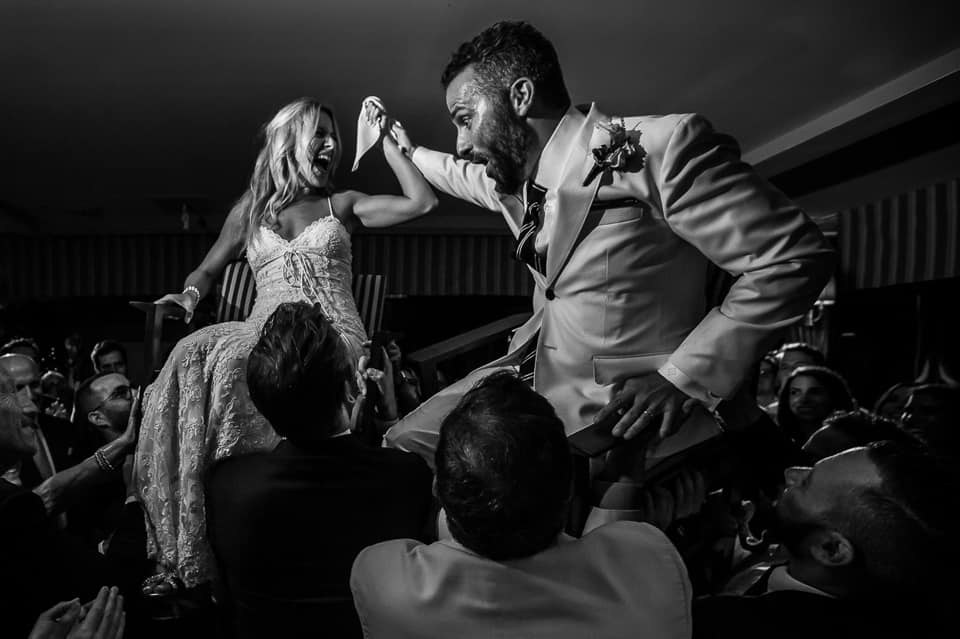 The Hora is a Jewish traditional dance performed by newlyweds. They sit on chairs and are lifted in the air. Beloved family and friends dance in circles as they cheer and sing for the couple. While dancing the Hora, the newlyweds hold one end of a napkin or a handkerchief that signifies their union. 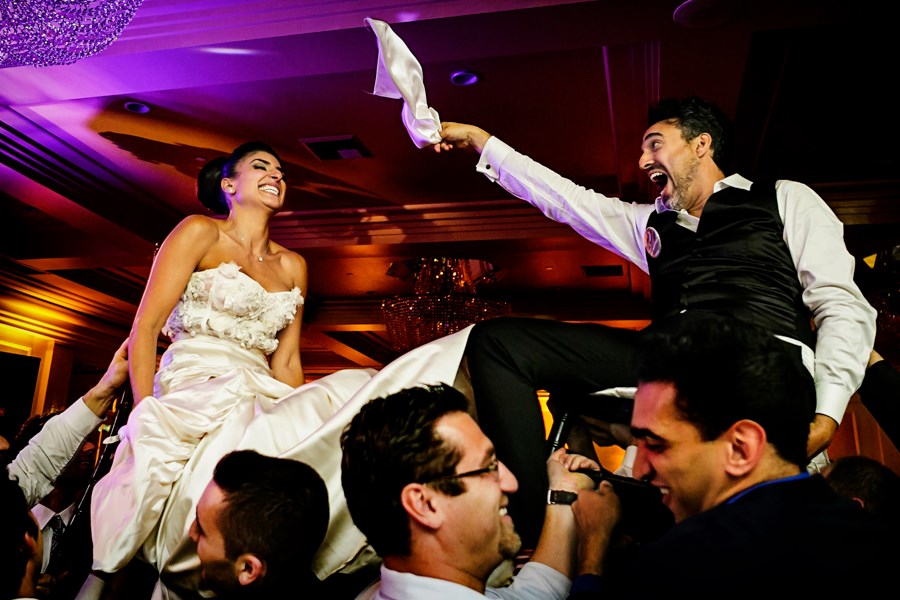 Understanding the Roots of the Hora Dance

Dancing in circles has been practiced for centuries and has been a part of varied cultures worldwide. Mostly practiced in Southeastern Europe and across the Balkans, countries such as Turkey and Russia have their own distinct versions of the Hora dance. The modern-day Hora dance originates from when the Jews settled in Palestine. The action is now associated with joy and blessedness and has been integrated into special occasions such as weddings. 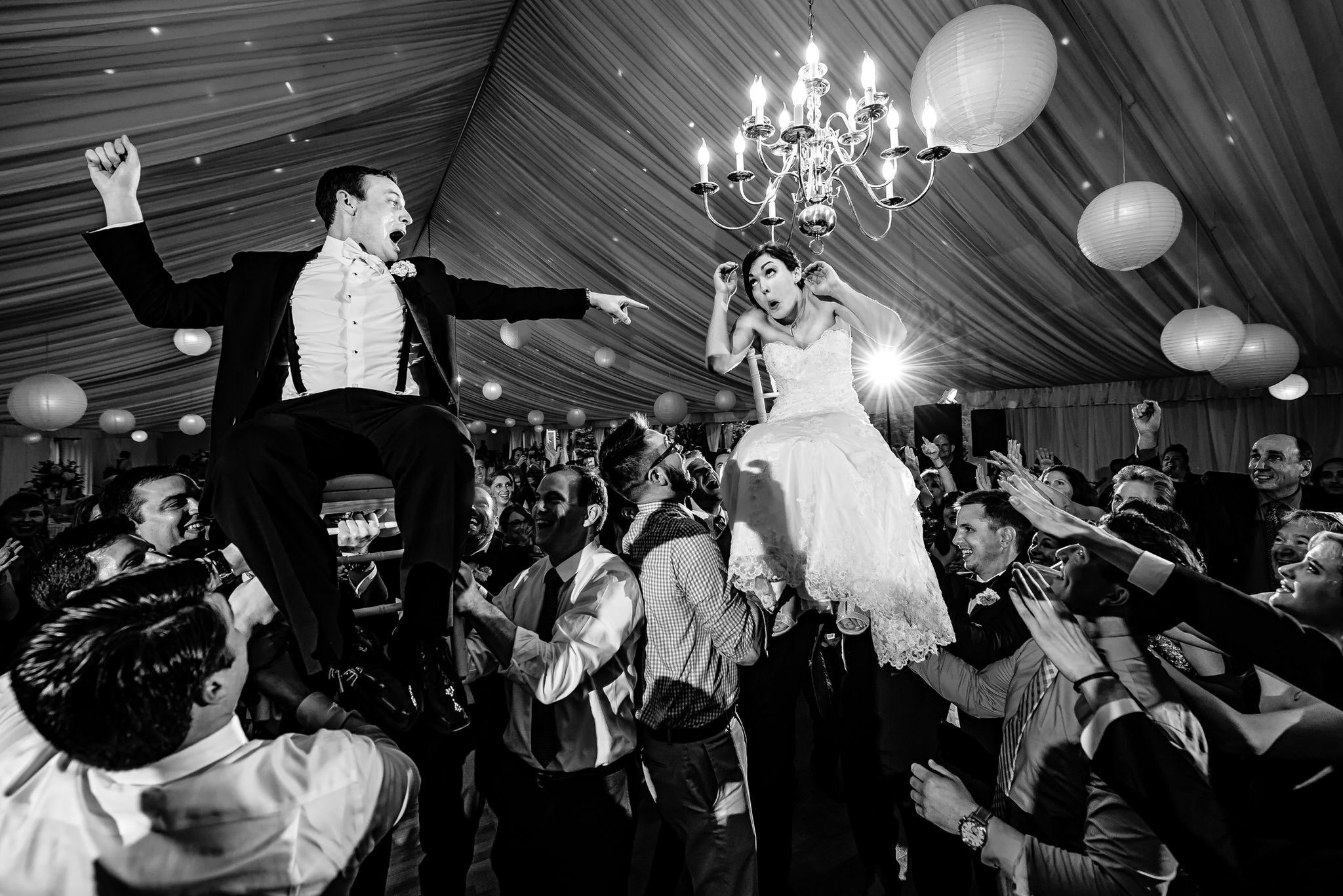 Who joins the Hora dance?

Jewish weddings commonly have large reception areas with ample space for dancing. The reason for this is that everyone who wants to and is able to dance can join!

When should the couple dance the Hora?

The dance is commonly done during the wedding reception. The couple can either choose to dance when the couple is introduced to the guests at the beginning or, after dinner.

Who is lifted and who lifts during the Hora?

Commonly, the couple is lifted on chairs. However, there are instances wherein the newlyweds’ immediate family are lifted as well.

As for the lifting, anybody who is capable of lifting can do the honors. Because it can be heavy at times, wedding guests usually swap in one point to keep the dance going. There are couples who appoint lifters to let other wedding guests dance in the circle. 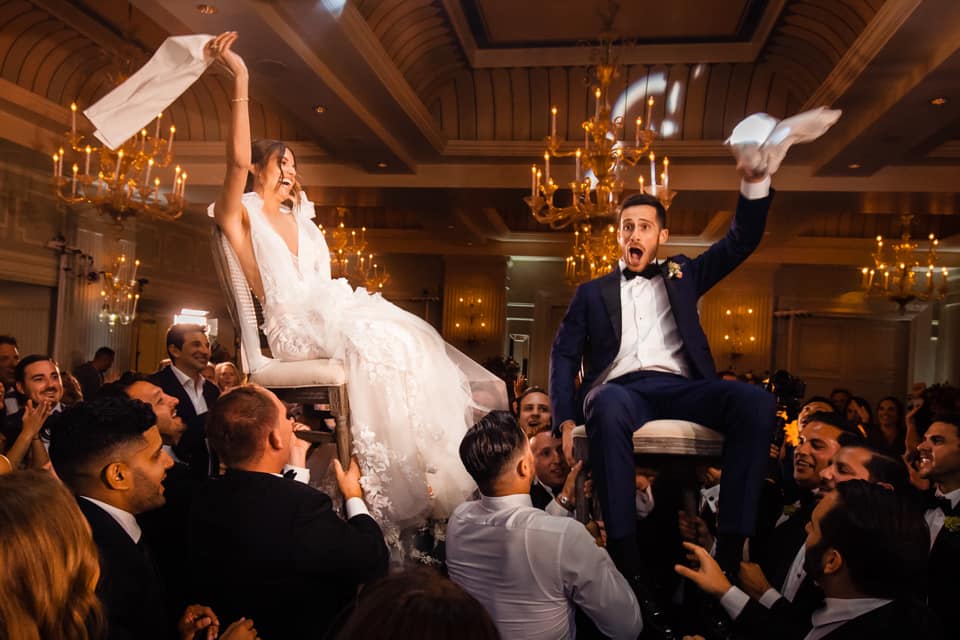 Who initiates the Hora?

The wedding party, close friends, and family are responsible for making the dance go smoothly. Once the dance is starting, wedding guests can follow.

What should the napkin be made of?

It depends on the couple that will hold it. There are times wherein a fabric that is significant to the newlyweds is used. If not, a napkin from a table setting is used as it is long and sturdy for the dance.

How long should the Hora dance be?

The dance will last as long as the couple desires.

If you want to take a look at the amazing and joyful tradition of the Hora dance, bask yourself in the memories captured in the photographs below.

The photographs compiled in this article are submissions from talented and creative photographers in our growing Facebook community. 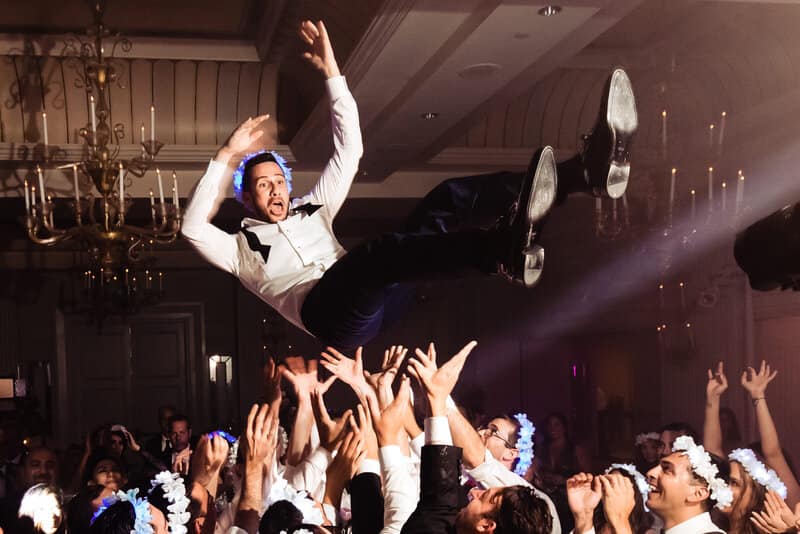 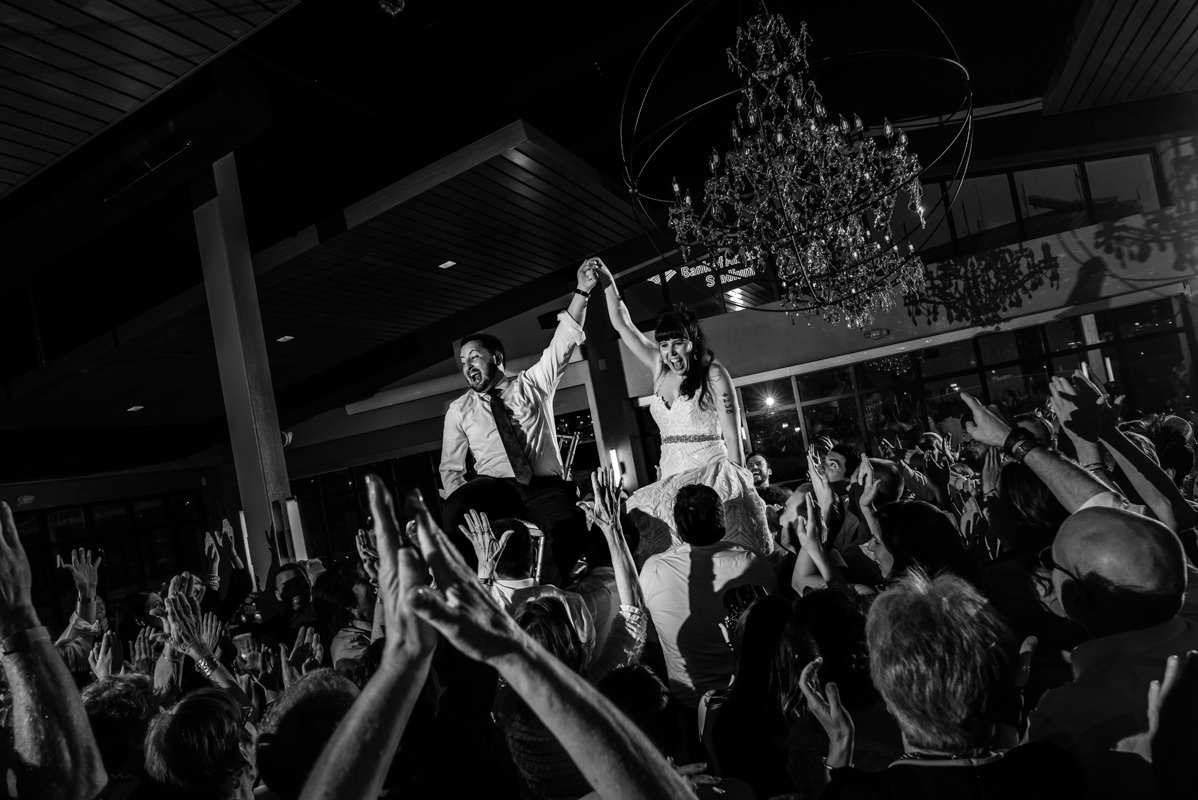 Image by Party of Two 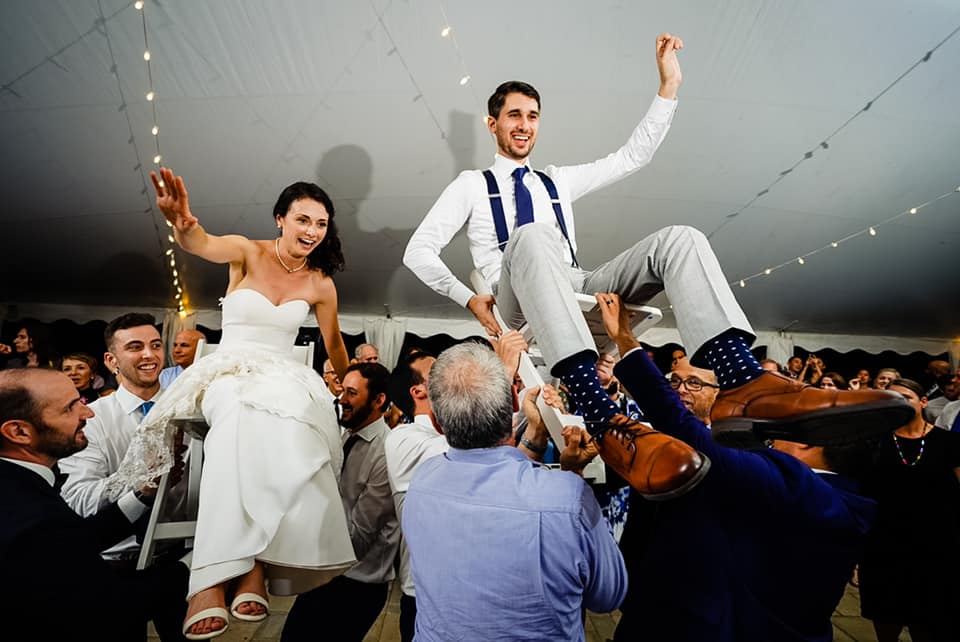 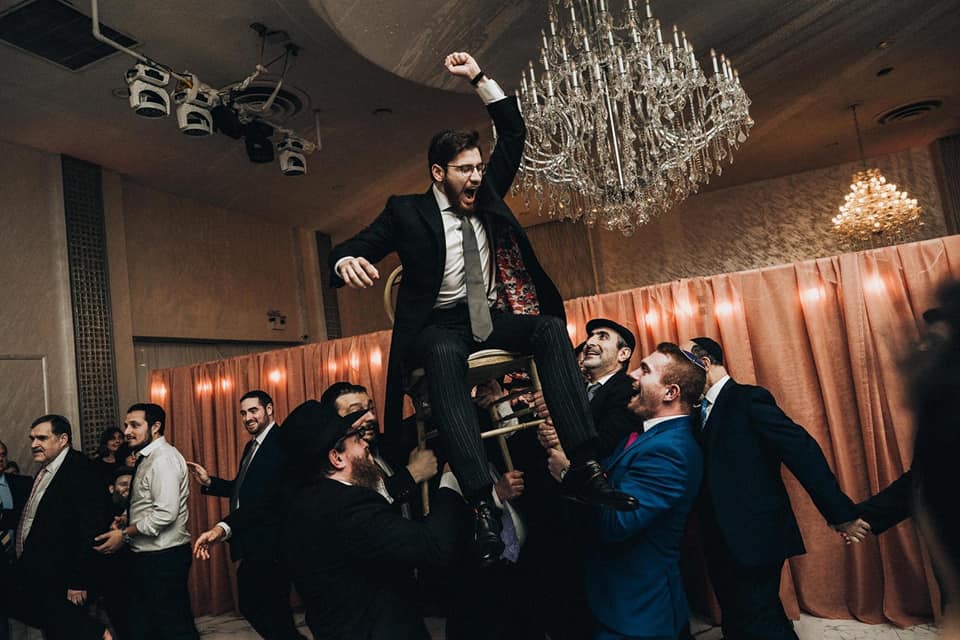 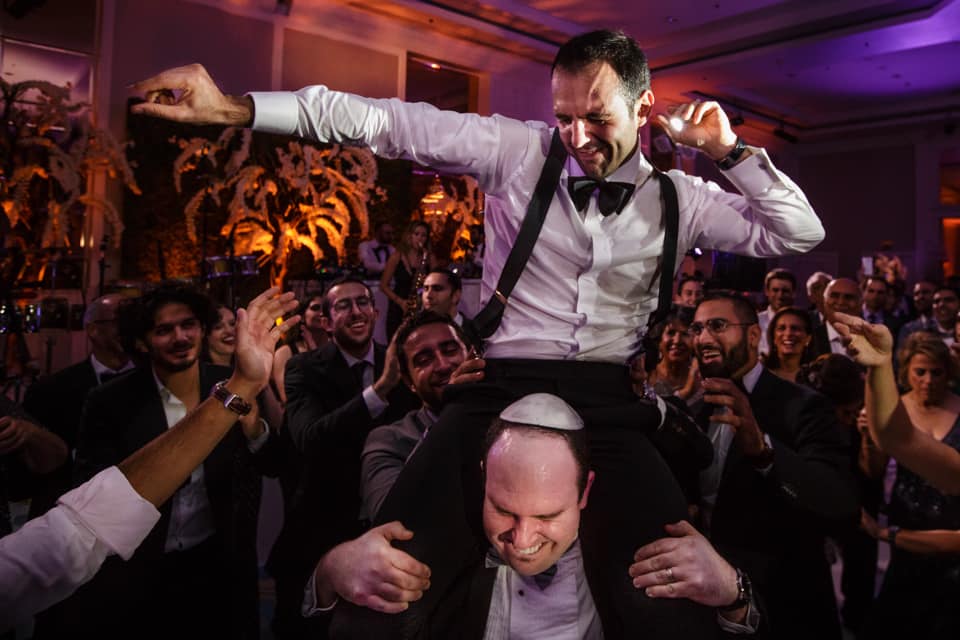 We hope that this article helped you in understanding the history and the significance of the Hora dance in Jewish weddings. If you want your photo to be featured in this article, all you have to do is join our Facebook group! It is a proud community of photographers from all around the world. Aside from connecting with fellow photographers, you can have your images critiqued, share your experiences and learn from various resources in the group. See you there! 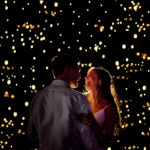 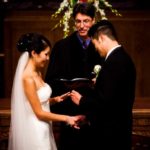 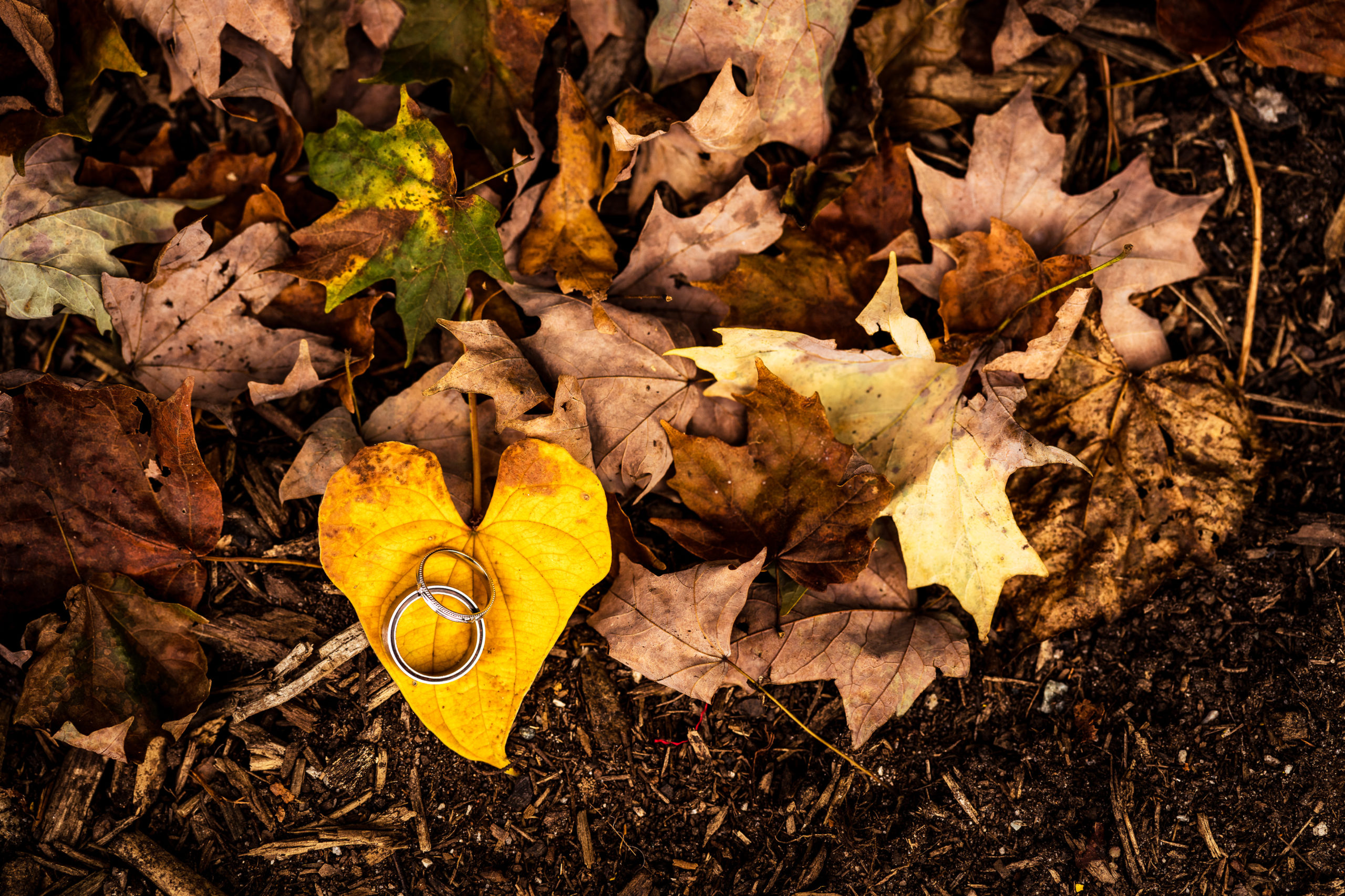 25+ Fall Wedding Photos For Your Inspiration

Fall wedding photos are undeniably beautiful. The range of vibrant colors that appears as the trees, 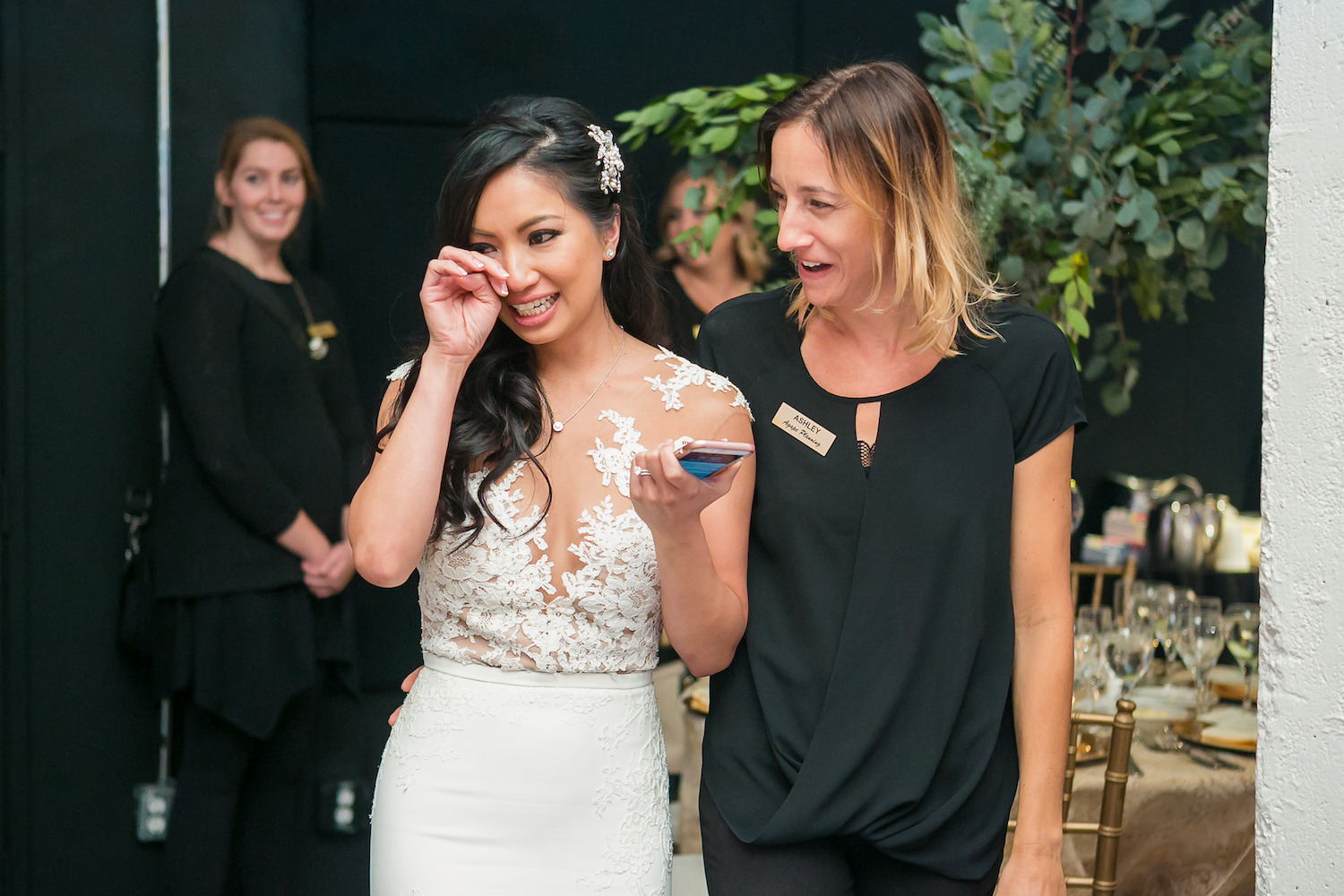 Should I Hire a Wedding Planner

Getting married? If so, chances are you’re considering whether or not to hire a wedding planne 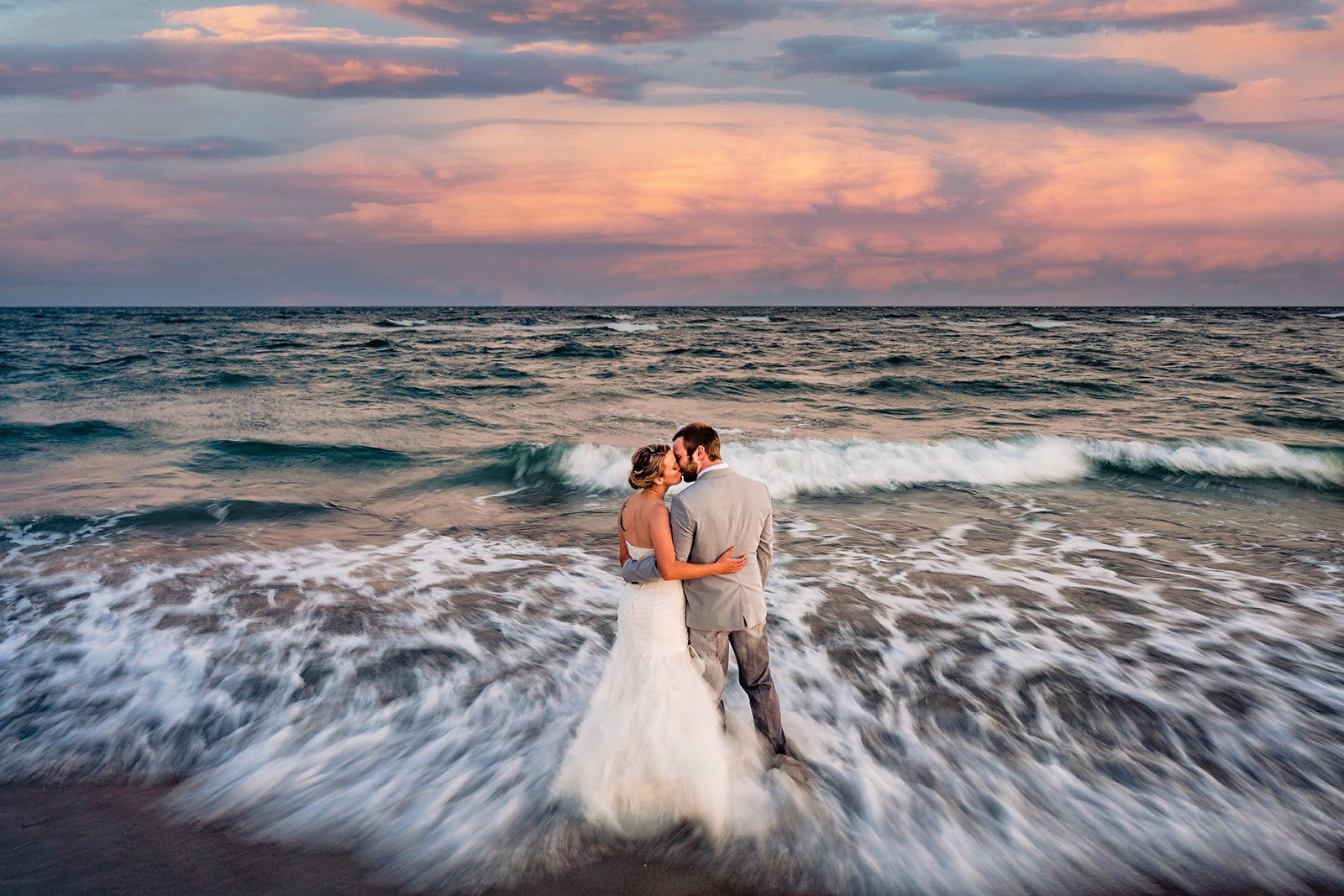