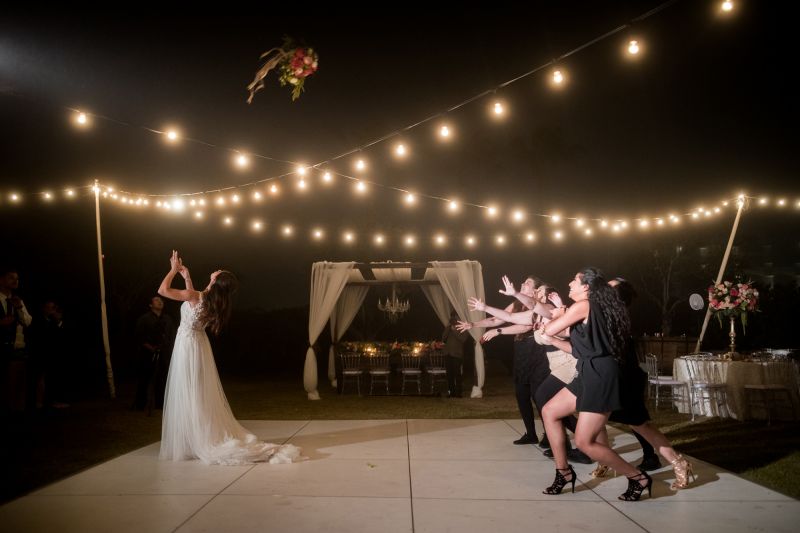 One of the most entertaining festivities you’ll see during a wedding reception is the bouquet and garter toss. Some couples find it funny to integrate it into their reception while others skip this part altogether. Because it’s easy to do and doesn’t take much time, however, fitting this tradition into the timeline doesn’t require much effort. Plus, the bouquet and garter toss action makes for great photos!

Structured somewhat like a team-building exercise, family and friends of both the bride and groom come together to participate. Whether you are a member of the groom or bridal party, colleagues or a distant relative, you have a place in these fun activities. In this article, we’ll look at contributions from our roster of award-winning photographers that truly capture the essence, the excitement and everything-in-between of a bouquet and garter toss.

First, let’s understand the significance of both bouquet toss and garter toss.

Going Beyond the Floral Masterpiece 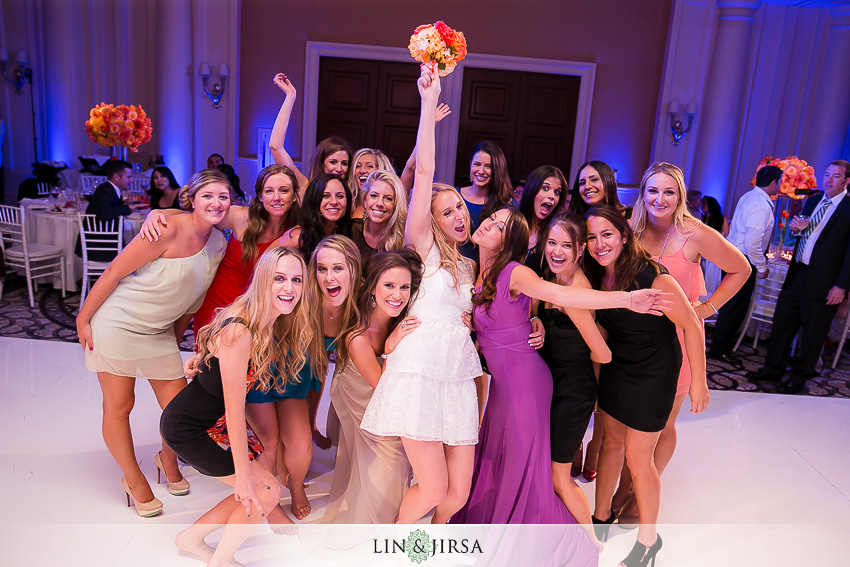 We typically see a bouquet toss towards the end of the reception. The bride tosses the bouquet over her shoulders to a bunch of single (unmarried) women waiting with anticipation to catch it. The idea is the woman who catches the bouquet is said to get married next.

Before the 1800s, people considered touching the bride lucky, especially in the aspect of romance and love. There were instances wherein single girls looking to get married would rush over to the bride in the hopes of touching her. In the end, ladies would tend to crowd the bride or worse, injure her. 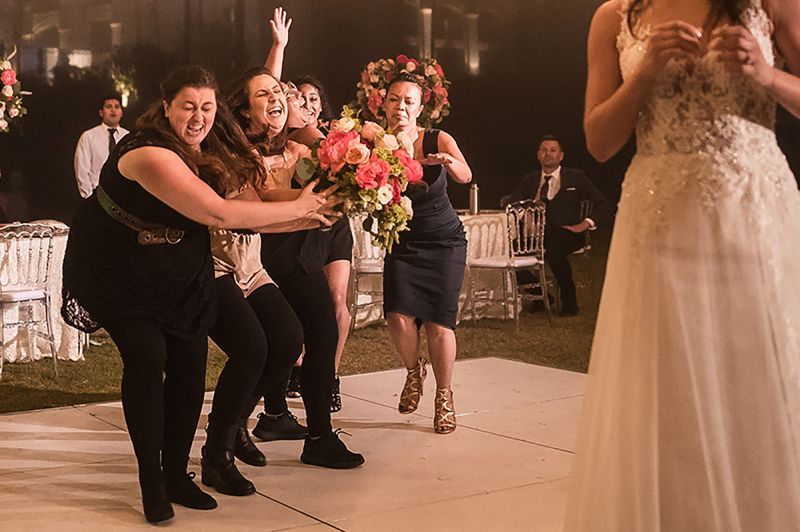 Even before the belief of touching the bride for good luck, single women would go as far as bringing home keepsakes from the bride’s wedding dress. Because of this, the bride would often toss her bouquet and run! Voila! These days, the bouquet toss serves as a safe way for the bride to bestow luck upon a guest who catches the bouquet without having to break an elbow, damage a shoe, or injure another person in the process.

The Garter Toss: More than a Sexy Feat to Witness

While single women can join in the excitement of a bouquet toss, the men participate in the garter toss. 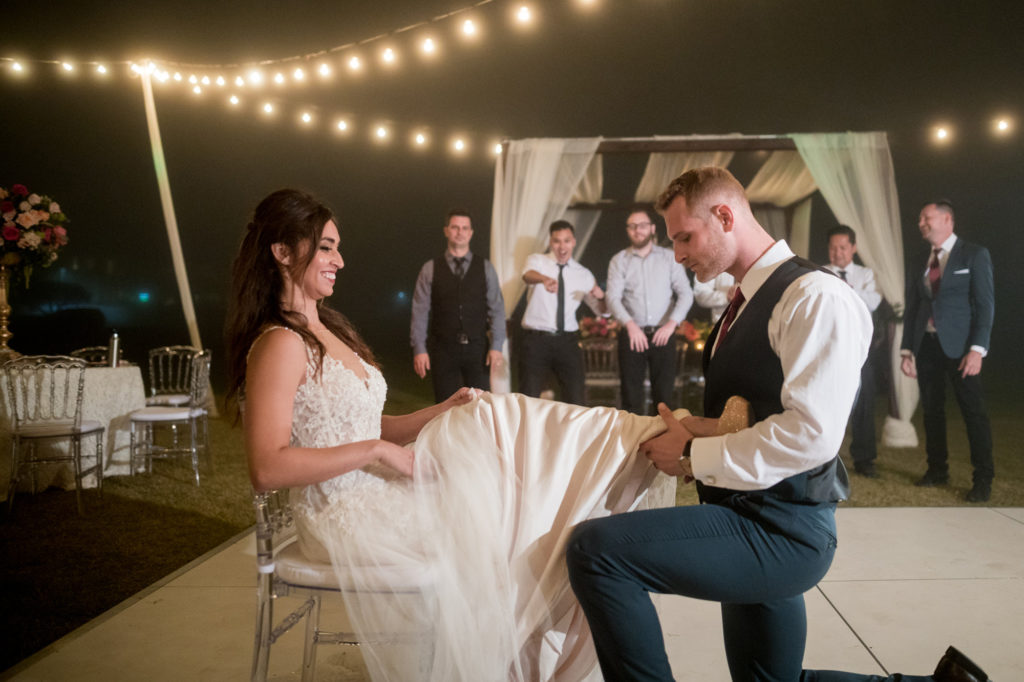 The wedding garter is a piece of bridal lingerie that a bride wears under her wedding gown. The groom often removes the garter with his teeth before tossing it to the crowd of men. Before that, however, the groom might choose to have a little fun and dance for the bride.

Would it surprise you to discover that the garter tradition dates back to 1919? Then, people would cry, “Get her garter!” before engaging in a struggle to obtain this piece of bridal wear. Lucky brides loosened the garter before getting tackled. Other, less fortunate brides, might end the night with bruises and a tattered dress. If the bride didn’t free herself in time, she risked damaging herself and her dress in the commotion. Like the bouquet toss, the garter toss is a fun wedding tradition that makes for great action photos. 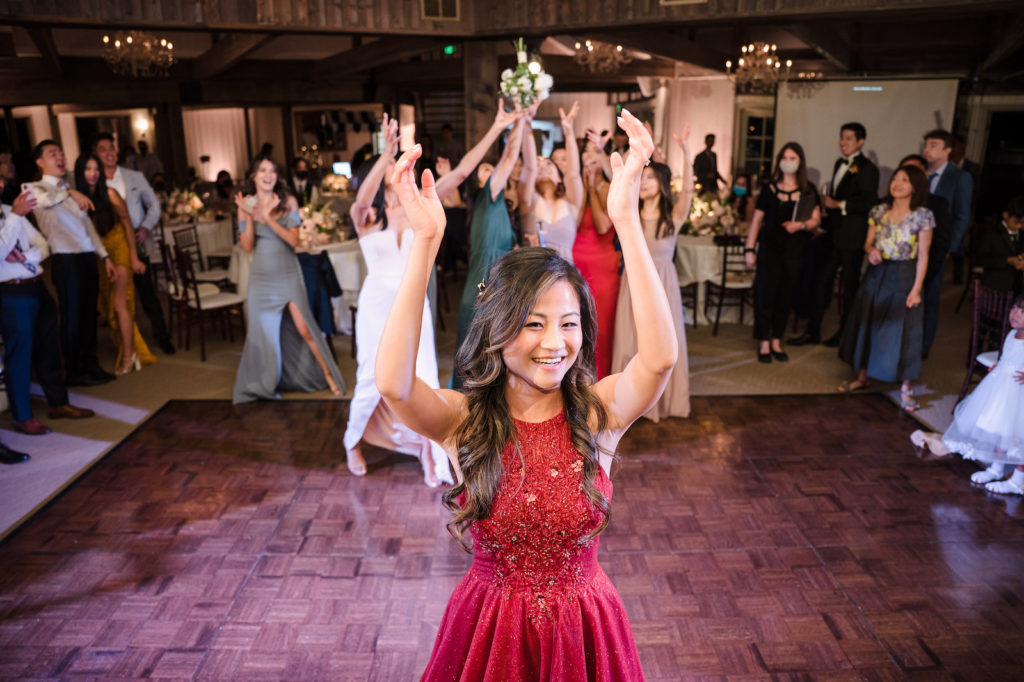 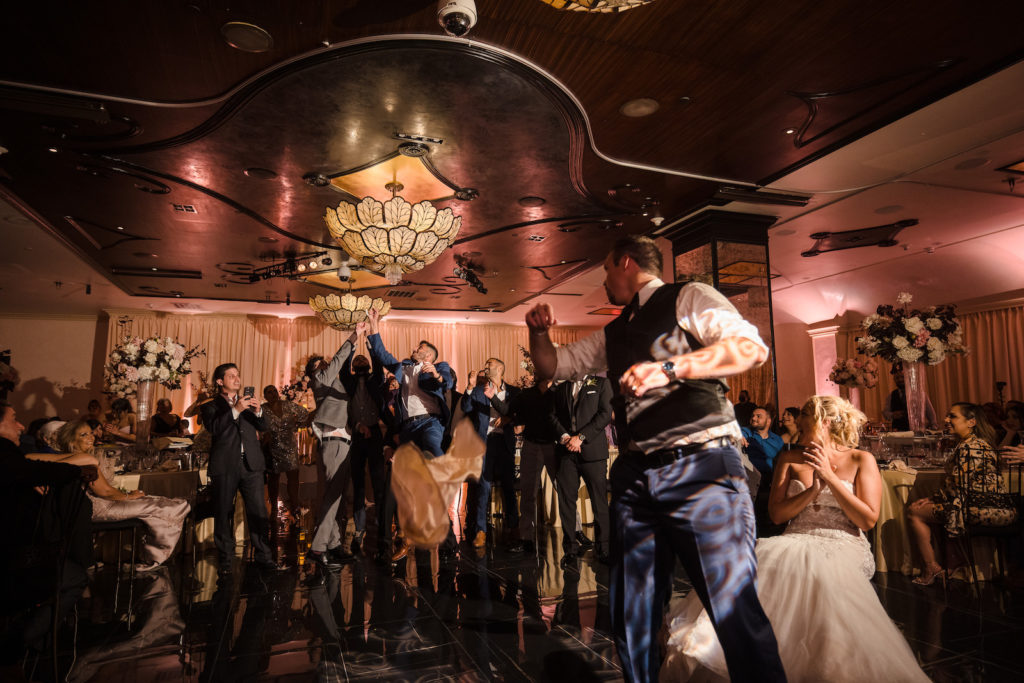 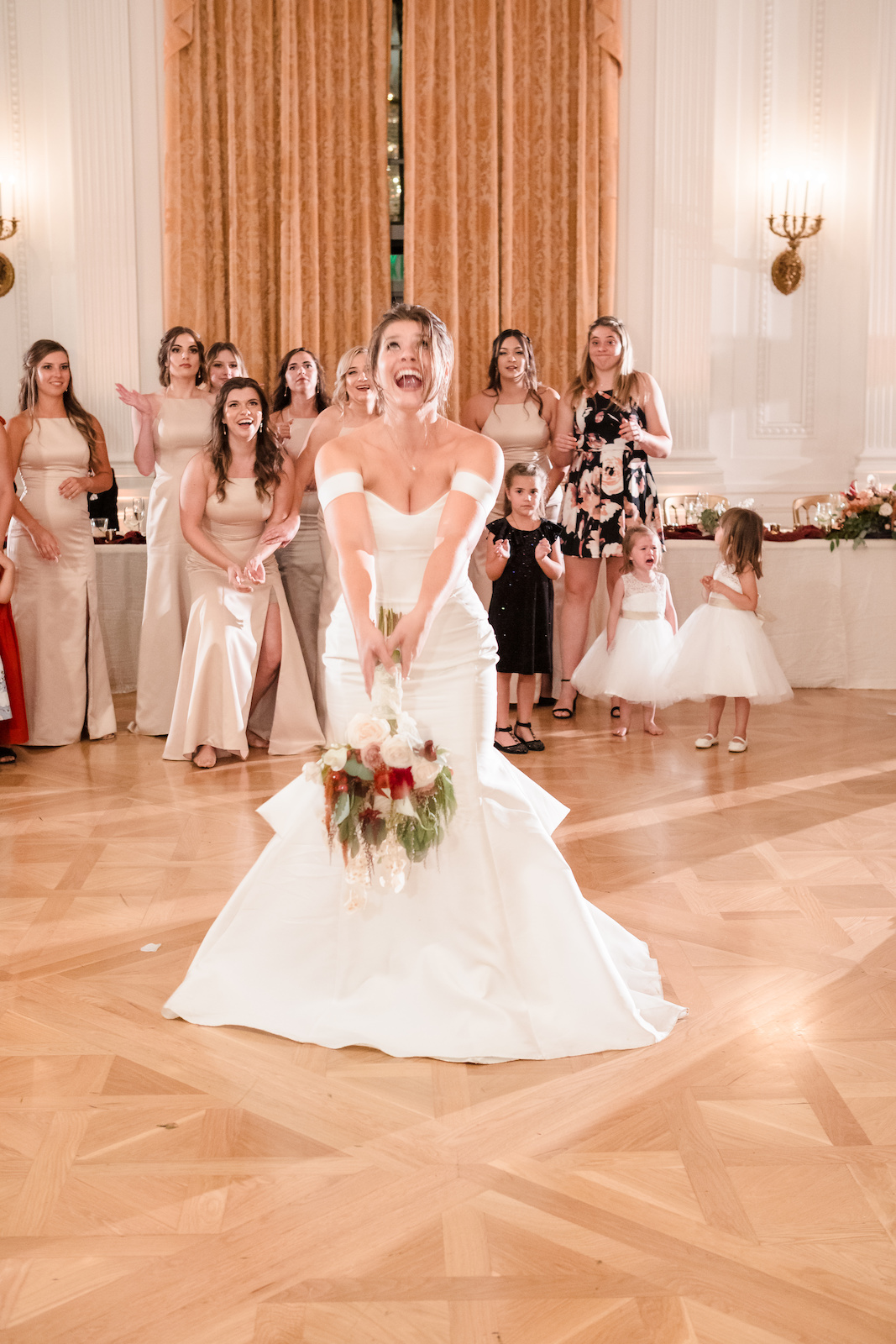 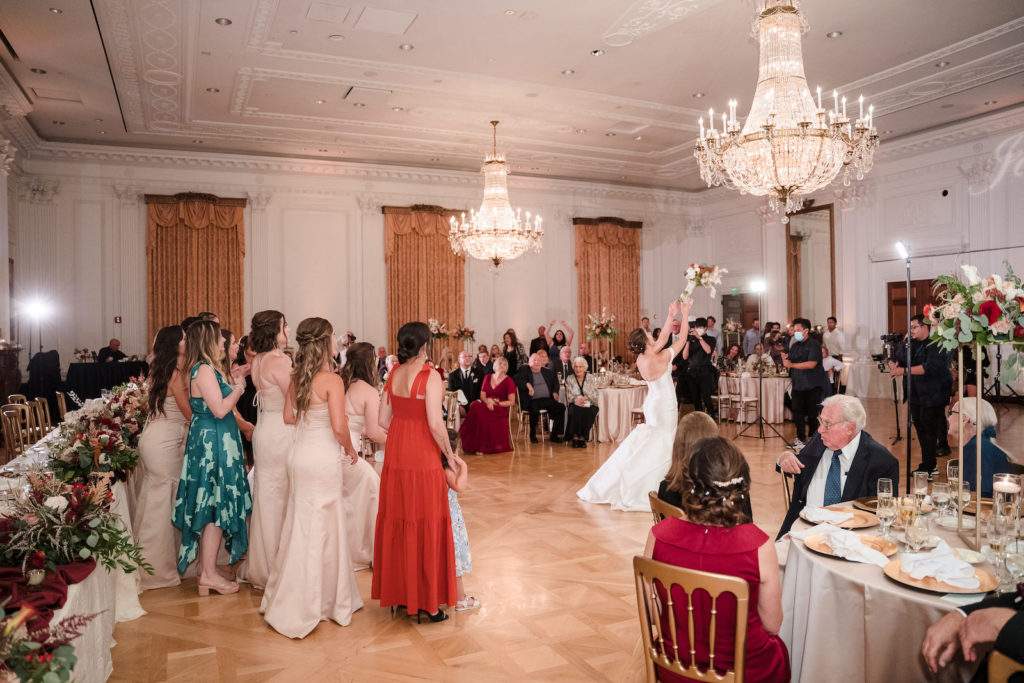 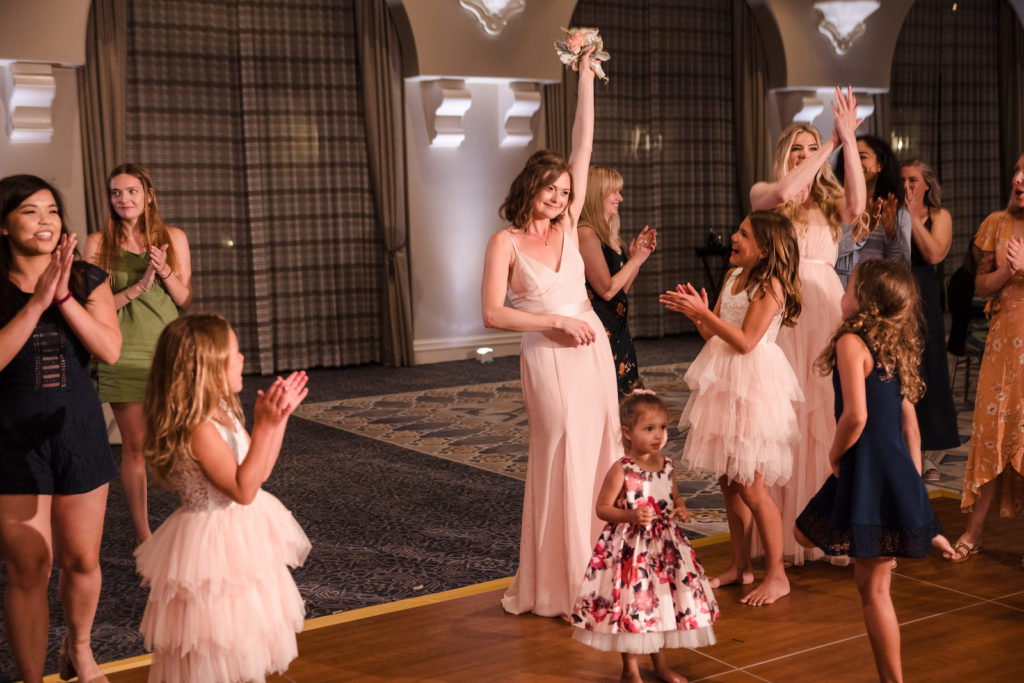 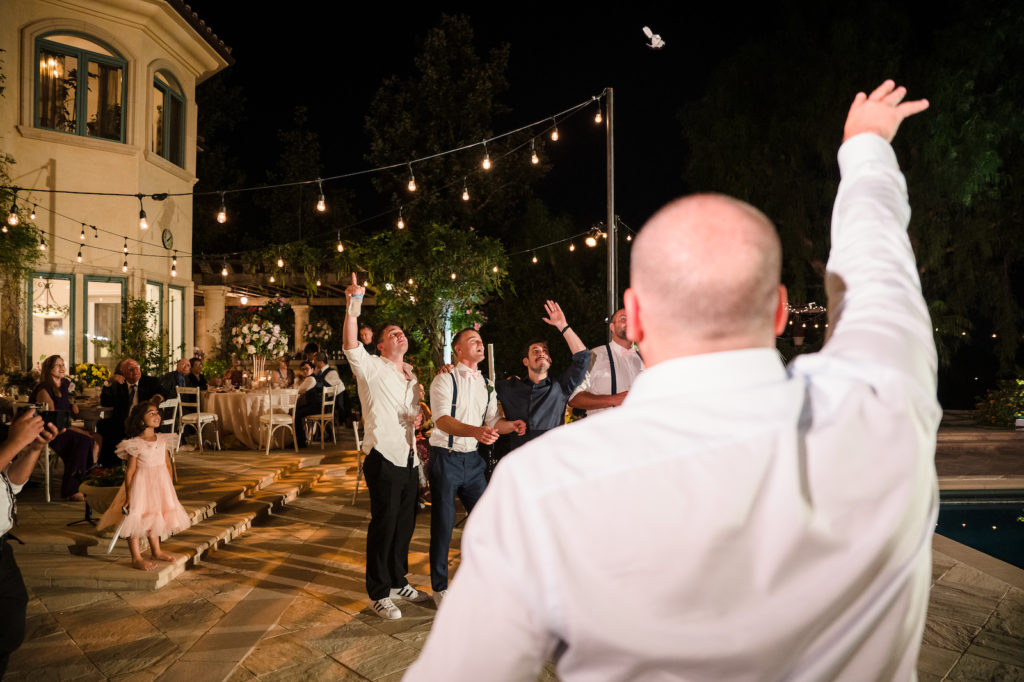 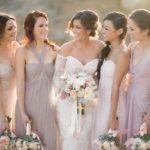 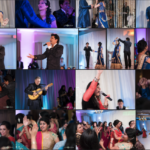